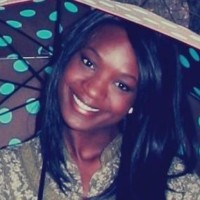 It’s true. Atlanta gets bowled over by the snow. A measly ten plows to handle the 2011 ATL Snowmageddon has left many a commuter in her PJs waiting for the mercury to rise. It’s not entirely Atlanta’s fault, we haven’t seen snow like this in over a decade so some are taking lemons and making ice skate rinks.

While the white stuff incapacitates our fair city, it’s a boon to others—take the Tahoe Snowcial. Last week Fizz sent one of our best and brightest, Vanessa J. to shred some powder at Snowcial 2011. Surrounded by serious ski fans and social media experts, Vanessa brought Fizz spirit to this electric conference! Snowcial is an annual extravaganza combining skiing and social media for an unforgettable networking event on the mountain. New tech and location-based applications have energized the ski industry, bringing more vitality and camaraderie than the sport has seen in years. GoWalla’s Josh Williams discussed how the popularity of “checking in” is how new media users are opening up and more efficiently “telling the stories” of their lives. Vail Resorts CEO Rob Katz explained how Epic Mix allows skiers to passively check in at lifts by way of chips integrated into their ski passes. This enables users to earn points and rewards, as well as share their locations via Facebook and Twitter– all while tracking the day’s activities. Snowcial attendees got to try the tech first hand and Vanessa nearly cleared 18,000 vertical feet! And for any attendees who thought this was just a white fluffy excuse to hit the slopes for a weekend, the keynote, Dr. Duncan Berry, Principal of Buyology Inc., gave an in-depth neurological discussion of brain processes as they relate to consumer behavior.

As we all know, no ski-social media tech and networking conference is complete without a special appearance from a hip hop icon. Snowcial 2011 did not disappoint. MC Hammer was there with bells on for both a rousing performance and to share how digital interaction has helped his philanthropic efforts. Sitting by the window watching a Honda Civic try to climb an icy hill, I checked in to Foursquare for “Snowcation in Hothlanta” and got the Super Duper Swarm badge. Four-thousand others had done the same thing. I can’t help but realize that even when each of us is stranded by the snow, it’s clear that we all want to be a part of something larger. We want to share ideas, leave a digital mark of our experiences and connect these experiences with each other. This is what Snowcial 2011 is all about.