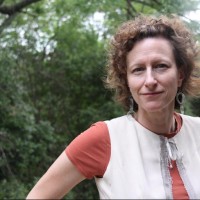 It’s an organization that has spawned several similar groups like Narcotics Anonymous and Al Anon, both with huge memberships of their own. All of this growth has been accomplished through word of mouth marketing. In fact, the organization itself and any individual member are actually prohibited from promoting it.

I made the connection between Alcoholics Anonymous and word of mouth marketing a few months ago while reading a short piece on the creation of A.A. in the New York Times Magazine ‘Who Made That?’ edition. The whole magazine was pretty interesting (I love reading every  ‘Who Made That?’ article.). But this one was a revelation. The author was talking about the 12-step program and pointed out that the 12th step “exhorts followers to spread A.A.’s message to others in need.” (The 12 Steps) Granted, it was a different kind of revelation than an addict might have, but it really struck me.

Basically, you have an army of people that have experienced the benefit of the program, that are committed to the program, and are influencers for the program. In fact, A.A. members become the embodiment of the perfect influencer, inviting people with similar ‘interests’ into a community. You have this group of people looking for opportunities to share the A.A. story with people who specifically need to hear it. They don’t share it with people who aren’t addicted because that wouldn’t be the point, right?

They are following the principles of word of mouth marketing. They are sharing a story that is interesting, authentic, and relevant to specific people to whom it would make the most sense, to the people most likely to ‘buy’ it.

Companies can harness this energy by taking advantage of the power of micromarketing, made possible by a disciplined word of mouth marketing approach. Creating passionate advocates and arming them with specific, shareable content enables those advocates to seek out people they believe will be interested and open to the conversation. They are the very people marketers consider the ultimate audience, converted by advocates who know them well.

This was originally posted to WOMMA’s All Things WOMM blog.